Happiness Or Success – Which Comes First? 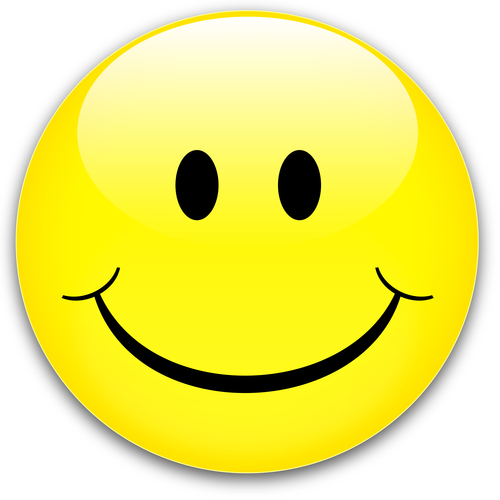 “A little girl falls from her bunk bed and lands hard on the floor. She might have broken her leg, and she’s in tremendous pain. As she is about to cry, her quick-thinking older brother tells her that no human could possibly have landed the way that she did when she hit the floor and that can only mean one thing: she’s a unicorn.

Rather than giving in to the pain, the little girl’s brain begins to process the concept that she might actually be a baby unicorn…”

This story of using positive psychology is shared by Shawn Achor in his TED Talk, “The Happy Secret to Better Work,” and is an example of how re-framing your circumstances can allow you to achieve a better / happier mindset.

Happiness, productivity and success are all connected.

This article is part of a series that is dedicated to exploring the contribution of human capital assets (people) to the valuation of a business. If you’re just joining us, welcome to The New ROI: Return on Individuals.

In this article we discuss the impact of happiness on productivity and success.

You’ve probably heard people say that they “only hire the best and brightest” from the best schools or with the best grades. So you may have been somewhat surprised to have learned in our discussion about Grit, that intelligence is not a good predictor of success.

Here’s more evidence on why intelligence-alone is not a good predictor of success.

In his TED Talk, Shawn Achor explains that his research reveals that an individual’s success at work has less to do with intelligence and more to do with levels of optimism, social support and the ability to see stress as a challenge.

Intuitively, we probably can relate first-hand that the opposite is true. For example, if we’re experiencing unhappiness or distress, we’re likely to be distracted and consequently less motivated and engaged at work.  But while this negative side of the coin might be a relatable analogy, the positive side of that coin is also true.

According to Gallup, engaged employees are “involved in, enthusiastic about and committed to their work. Engaged employees support the innovation, growth and revenue that their companies need.”

However, Gallup finds that most U.S. workers continue to fall into the ‘not engaged’ category. These are not what would classify as “toxic” employees (more on that in a subsequent chapter), rather these employees show up to kill time. Their efforts are essentially the bare minimum.

As Gallup notes, “they are also more likely to miss work and change jobs when new opportunities arise.”

According to the 2017 Gallup Survey, two thirds (67%) of U.S. workers were not engaged in their jobs. Interestingly, while only 33% of employees were engaged at their jobs, this represents the highest level of engagement since Gallup started measuring such things.  Worldwide, the level of employee engagement is even lower at 13%.

But what about that engaged minority – the ones that I referred to as the Rock Stars, Difference Makers, and Purple Squirrels in earlier chapters? What value are these positive difference makers bringing to their organizations?

In a 2015 study entitled “The Relationship Between Human Capital, Value Creation and Employee Reward“ by Peter R. Massingham and Leona Tam of the University of Wollongong in Australia, the researchers demonstrated a clear link to the impact of happiness on productivity.

While employees have various capabilities, it’s how those capabilities are utilized that ultimately brings value to the organization. According to the Australian research:

“Employee capability may or may not generate value. It is only when individuals are motivated to use their knowledge that it creates organizational benefit, otherwise it is an idle resource.”

This is an important finding which confirms the importance of employee morale on productivity.

Professors Andrew Oswald, Dr. Eugenio Proto and Dr. Daniel Sgroi from the Department of Economics at the University of Warwick in the UK were able to quantify the impact of morale on productivity. According to their research, happiness made people around 12% more productive.  Productivity was also demonstrated to increase by as much as 20% over shorter periods of concentrated work.

Shawn Achor refers to this link between happiness and productivity as “The Happiness Advantage,” which indicates that the human brain performs significantly better in a happy state than it otherwise does in a neutral or negative state.

The data that Shawn cites in his book of the same name demonstrates that “when we are positive, our brains become more engaged, creative, motivated, energetic, resilient, and productive at work. ” So, you may be surprised to learn that, according to Shawn’s research:

“Happiness fuels success, not the other way around.”

In terms of the impact of happiness on productivity, Shawn’s research is even more compelling than the other studies mentioned here. As he’s noted:

“Every single business and educational outcome improves when we start at positive rather than waiting for a future success.  Sales improve 37% cross-industry, productivity by 31%; you’re 40% more likely to receive a promotion, nearly 10 times more engaged at work, live longer, get better grades, your symptoms are less acute, and much more.”

Clearly, happiness has many more positive affects than just the propensity to be more successful at our jobs.

The health benefits are significant, and from a business perspective, a healthy employee costs less than an employee who is ill, in terms of insurance costs as well as down-time.

Shawn Achor says that happiness is a choice, so why not start there?

If you’d like to choose happiness, Shawn has some tips for how you can rewire your brain and get to your happy place.

And if you’d like to watch Shawn’s entertaining and insightful TED Talk, it’s here for your convenience.