A Farewell to Kings: Lessons From Rush 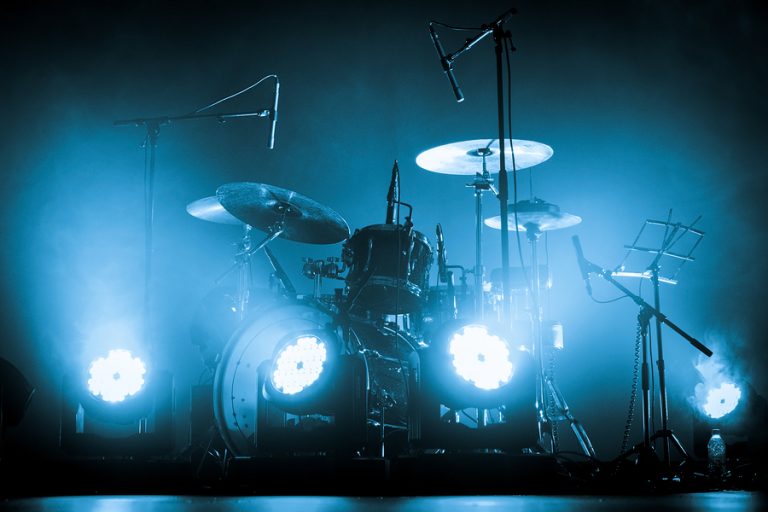 Forty years is a long time for anything, let alone holding the same position within the same organization.

Forty years is an especially long time when that organization is a rock band.

What does it take to remain together, be creative and still like one another after all that time – and what can YOU learn from these guys?

When I think about what it takes to remain in a 40-year working relationship, my mind boggles. In a business that is otherwise full of “disposables,” there aren’t many bands that have achieved this type of longevity with this type of success

The band that I refer to is Rush.

Shortly after the release of their self-titled album in 1974, the lineup of Geddy Lee, Alex Lifeson and Neil Peart have recorded and toured as the triumvirate known as Rush.

Rush is known for their extended-length songs, complex time signatures and concept albums. As a result, they weren’t considered radio-friendly and it’s been said that no one has ever been overheard whistling a Rush tune.

The band, often referred to as a Canadian “power trio,” has been characterized in the genres of hard rock and progressive rock, although their sound evolved to include a variety of additional elements including new wave and even reggae.

Their 40-year career has included record sales in excess of 40 million units, sold-out world-wide concert tours, a star on the Hollywood Walk of Fame, and their induction into the Rock and Roll Hall of Fame in 2013. (finally!)

Rush has also gotten visibility from their appearance in the movie I Love You Man as well as on the Colbert Report.

I’ve seen Rush perform live countless times since the Hemispheres tour in 1978, and I’ve had the pleasure of meeting Alex and Geddy all-too-briefly before their 30th Anniversary tour. I can tell you that these are a couple of the most humble, unassuming, down-to-earth guys that you’d ever meet.

In the sections that follow, I use the word “you” to represent either you-the-individual or you-the-company, depending on your particular perspective, in sharing some of the lessons that can we learn from the band called Rush.

1. It Takes A Great Team

The respect, chemistry and bond that has to exist for Alex, Geddy and Neil to accomplish what they have – and still like each other – over the period of time that they have been together is nothing short of remarkable.

From an interview at Grammy.com, according to Geddy Lee: “Most of the time the biggest concern we have is, who is going to say something funnier? Where we get into one-upmanship is in the comedy department, not the music department. I think those things combined have really helped keep this band going.”

What usually destroys a band are creative differences and personality clashes. Rush was able to avoid both.

Neil Peart, in an interview with Power Windows, said: “It was most important for each of us to be equal in input and output – each of us has to pull the same amount, musically, in composition and in every sense of being in the band. All of us have to pull together. It seems to me that’s the only way you can have a truly creative aggregate of people is if they’re all contributing in different ways.”

To build an organization that can withstand the test of time requires teamwork. And within that team, it is not only imperative to have the right people on the team, it is imperative that each team member has a clearly defined role and that there is trust within the team to inspire innovation. It is this type of culture that fosters collaboration and communication.

It is this type of culture that fosters success.

“Glittering prizes and endless compromises, shatter the illusion of integrity” – The Spirit of Radio

When your lead singer’s vocals are described in an album review as “snip-and-clip day at the kennel,” you need to develop thick skin and ignore the critics that are trying to bring you down.

But sometimes life requires that you overcome hardships that go far beyond that of just a bad review.

Rush ‘disappeared’ for a 5-year period in the late-90’s due to Neil Peart suffering the tragic loss of his daughter in a car accident, followed by losing his wife to cancer in a little less than a year. Rather than get another drummer to perform in Neil’s absence, Alex and Geddy remained steadfast that there was no Rush without Neil.

Overcoming this type of adversity is incomprehensible, and no one would have second-guessed the band if they never returned. But they did return. (more on this below)

>> You may also like: How This Band Rocked The Business World <<

Dealing with the critics is easy by comparison. And there will always be critics. These “critics” can be external forces, but sometimes your worst critic of all is you. You must ignore the doubtful self-talk that comes from the fear of failure, or the uncertainty of starting over; and keep pushing on.

When you achieve a certain level of success, however you define ‘success,’ it it important that you not let it go to your head.

You see it all the time in sports, music, business – everywhere. Sometimes it’s the guy “who was born on third base but thought he hit a triple.” Sometimes it’s the gal who you “knew when…” that now has no time for you… or starts acting ‘differently.’

By any standard, Rush has achieved success. Record sales, concert tours, longevity, recognition by their peers. It all adds up to a successful career.

But through it all they have remained humble. And while they have always taken their craft very seriously, they’ve never taken themselves too seriously.

According to guitarist, Alex Lifeson in a Rolling Stone interview: “I guess we’ve been around for so long, we have fans all over the place, and they’re getting older and more influential,” I guess you get movie directors and doctors and writers, and suddenly your name comes up in a film or documentary.”

Being humble about their achievements, or even making fun of themselves, Rush has always been authentic and grateful.

It is these qualities that have helped them to build and grow what has been described as a cult-like fan base that has supported them over the years.

It’s no different with people in any business or any aspect of life for that matter. It’s really a pretty simple concept: nobody likes an a** hole. Don’t be an a** hole.

“If you choose not to decide, you still have made a choice” – Freewill

4. Connect With The Customer

What drew me to Rush initially was the lyrics of the songs. They were not like the other bands – their lyrics were more… cerebral.

And the sound… how did three guys do all of that?

Early in the history of Rush it was a rarity to see women at Rush concerts. But over the years the Rush fan-base has grown to be a diverse mix of men, women and even kids, as parents introduced their children to their band.

>> You may also like: A Journey Through the Workplace <<

To not only maintain, but grow a customer base over the years requires several things:

“The more that things change, the more they stay the same” – Circumstances

Fashion styles will change. Hair styles will change. Musical tastes will change.  So will technology, the economy and customer preferences. One of the great keys to success is being able to adapt yourself, your company or your product to the changing times. Reinvention for the sake of keeping up is only a part of the story though.

You also need to have the ability to see ahead of the curve to maintain or acquire a leadership position. Anticipating those trends requires a strategic vision.

Rush changed with the times while always remaining true to their core principles. From wearing kimonos to wearing skinny neck ties, the band always had its place on the musical hierarchy. While other bands disappeared from the scene with the changing times, Rush endured.

As Geddy puts it: “I guess, we were people who just dedicated to trying to get better.”

If you aren’t able to anticipate and adapt with changing times, changing environments or changing preferences, you will be left behind.

Whether you are a fan of Rush or not, there are many lessons that can be gleaned from their career. And even if you’re not a fan, you probably know at least one of their songs; the iconic Tom Sawyer.