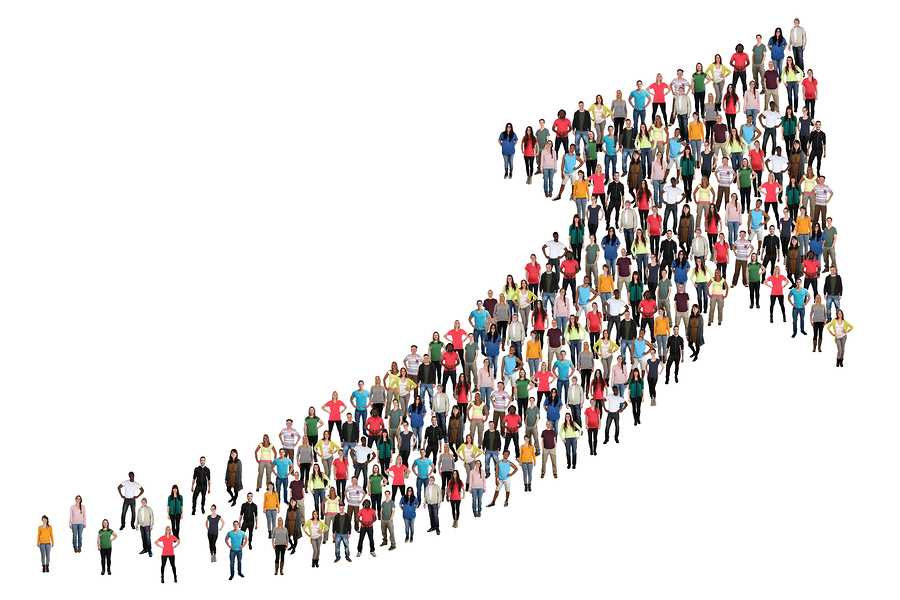 Maximizing shareholder value is generally accepted as the benchmark for determining the success of a business.

While there may be several paths to value creation, one clearly measurable path is through maximizing profitability. You don’t need a MBA in finance to know that greater profits would create a more valuable business. But as you’ll see below, the pursuit of maximizing shareholder value isn’t necessarily considered a good thing.

But are these goals mutually exclusive?

In this article, we explore the idea that maximizing shareholder value and maximizing the value of the company’s people might be related endeavors.

The pursuit of maximizing shareholder value has been cited in numerous places as creating short-term thinking in the pursuit of demonstrating short-term results rather than taking the longer view for investment and strategy. In this video, author of Start With Why, Simon Sinek states that “executives who prioritize the shareholder are like a coach who puts the desires of fair weather fans before the needs of the players on the team.”

The pursuit of maximizing shareholder value has been considered as the underpinning reason for a host of corporate scandals at the extreme, and poor corporate citizenship at a minimum.

Either way, the impact on employees and customers can be devastating. Ironically, shareholders are also devastated.

For executive leadership that faces scrutiny from investors, whether institutional or private, meeting next quarter’s or next year’s numbers can be a key to remaining in their job. When the numbers matter so much, we need to get the numbers right.

To understand more about the relationship between the pursuit of maximizing shareholder value and the investment in people, I had the pleasure of visiting with Rick Wartzman. Rick has been writing about business for publications like Time, Fortune, FastCompany and The Wall Street Journal (just to name a few) for quite some time.

According to Rick: “There should be no doubt that investing in your people by providing job security, good pay, strong benefits, training and development, and opportunities for advancement, will help improve a company’s bottom line. But, like any investment, it takes time to realize a payoff. A more expedient way to boost the bottom line is simply to cut costs. Unfortunately, because of pressures from Wall Street and the way in which CEOs are compensated, all too many companies have chosen to try to increase profits and push their share price higher through the latter formula. They see their employees not as assets to be invested in but, rather, as expenses ripe for reduction. This works in the short term, perhaps. But it’s counterproductive, and even destructive, in the long term.”

In his best-selling book, The End of Loyalty: The Rise and Fall of Good Jobs in America, Rick chronicles the erosion of the relationship between four American companies (Kodak, GE, GM and Coca-Cola) and their workers.

Of the four, two wound up in bankruptcy (GM and Kodak) and two have enjoyed largely sustained success (Coca-Cola and GE—though the latter is struggling of late). But in all cases the social contract of job security, pay, health benefits and pensions, has been damaged. Rick claims that a big reason for this is that the companies became preoccupied with maximizing shareholder value.

The fostering of a healthy corporate culture creates greater employee engagement, which leads to increased productivity and innovative discretionary effort. These are the drivers of increased profitability.

We’ve found time and again that companies that invest in their people really do see improvements in key performance indicators and outperform their peers. Notice the shift in perspective from incurring expenses around human capital to investing in people.

Unfortunately, investments in corporate culture initiatives and things that build employee engagement are reported on the financial statement as expenses, which have the effect of reducing profits. And since human capital assets are not currently reported on a company’s financial statements, there isn’t an accounting incentive to maximize the value of that asset per se.

In discussing the growing sentiment to recognize human capital assets on financial financial statements (How To Fix The Biggest Lie In Corporate America), Rick offers a pessimistic view of this occurring. My hope is that this is going to change, and perhaps soon, thanks to some recent developments.

In July 2017, The Human Capital Management Coalition, a global group of 25 institutional investors representing over $2.8 trillion in assets, submitted a rulemaking petition to the Securities and Exchange Commission urging the adoption of standards that would require listed companies to disclose information on human capital management policies, practices, and performance.

Would you invest in a company with 20 percent annual turnover in their management ranks? These companies turn over 100 percent of management every five years!

As noted in the petition: “Greater transparency would allow investors to more efficiently direct capital to its highest value use, thus lowering the cost of capital for well managed companies.”

This is significant because, all-else being equal, a lower cost of capital results in a higher valuation of the business enterprise. This sounds a lot like maximizing shareholder value to me.

In January 2018, ($6.3 trillion asset manager) BlackRock’s CEO Larry Fink sent a letter to CEOs of public companies outlining his expectation that they start accounting for their effect on society. Fink is quoted as saying that “companies needed to demonstrate a strategy for long-term value creation and financial performance, and that understanding a company’s effect on the world was a key component.”

Simply managing for short-term shareholder profit is not an acceptable management strategy according to Fink. (you can read the letter here)

The “smart money” appears to be demanding accountability to more than just shareholders as well as a focus on longer-term strategies.

The Alignment of Opposing Goals

If investing in people can lower a company’s cost of capital and thereby increase the value of the enterprise, I asked Rick if the pursuit of shareholder value and the investment in people are, in fact, in alignment, what does that imply for corporate strategy and the social contract with employees?

“Over the past 40 years, the social contract has been weakened by several huge forces that are beyond the control of any executive. Among them: automation, globalization and the shift from a blue-collar economy to a knowledge economy. But how the profit pie is split up is well within the control of executives—and it simply isn’t being split up like it was in the past. Simply put, workers are getting less; investors are getting more—a lot more,” Rick says.

University of Massachusetts Lowell Economist Bill Lazonick‘s research found that in the 1970’s, companies reinvested about half of their profits in expanding their businesses: funding R&D, retraining their workers and paying them more. The other half went to shareholders. But in recent years, more than 90% of profits for the S&P 500 have gone to shareholders in the form of buybacks and dividends. In this recent whitepaper at The Institute For New Economic Thinking, Bill Lazonick again discusses the pitfalls of maximizing shareholder value.

Sadly, Rick adds, “as long as there are so many incentives in the wrong place -especially with so much of CEO pay tied to short-term share price, I don’t see corporate strategy changing anytime soon.” That is, unless a compelling case could be made that taking a long view by investing in people really does ‘pay dividends.’

Invest in Your People to Maximize Shareholder Value

Here are some of the dots that we can start connecting right now in making the case that investing in people really does pay dividends:

“Without a sense of purpose, no company, either public or private, can achieve its full potential. It will ultimately lose the license to operate from key stakeholders. It will succumb to short-term pressures to distribute earnings, and, in the process, sacrifice investments in employee development, innovation, and capital expenditures that are necessary for long-term growth.”

Is it possible that companies will revert back to these principles of balancing all stakeholders’ interests?

Rick cautions that it’s not going to be easy, but, he says, “we can get back to this model through a mix of the right public policies, including treating human capital as an asset for accounting purposes; revamping the curriculum in business and law schools; and pressure from consumers, long-term-oriented investors (such as foundations, pension funds and endowments) and socially-minded employees.”

On a positive note, he adds that “it’s important to remember that corporations didn’t always behave this way. While the post-war period wasn’t perfect (with rampant workplace discrimination against women and people of color, among other serious problems), top executives did invest more in their employees. They explicitly tried to balance the interests of all of their stakeholders: their shareholders, yes, but also their customers, the communities they operated in and their employees.”

What do you think?

One of the more compelling challenges to the pursuit of maximizing shareholder value (in under 5 minutes) is from Anthony Iannarino who refers to it as the most ridiculous idea in business. Anthony is a highly respected international speaker, bestselling author and entrepreneur, and his video on this topic is below.